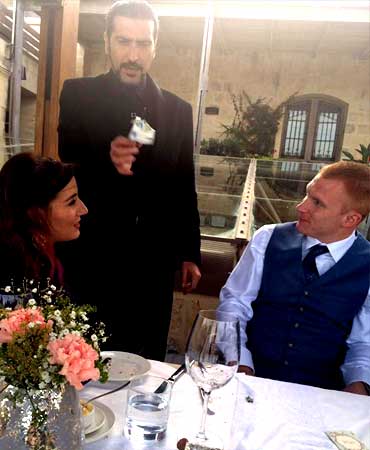 If you plan on marrying in Malta, or anywhere in the world for that matter, then remember the following words. Your Wedding Day is unique. You will never relive the day again! However what makes your day special are the memories it will create, for you and your guests. Everyone wants the best food, the best ambient and the best dress but what really matters is the experience. Memories are made up of various elements including the things we mention above. Then there are the other important elements that too make and leave memories. These include the photography, video and of course the entertainment for your wedding.  Close Up magic is a great choice for your wedding entertainment in Malta or anywhere in the world.

Making it different for YOU and YOUR guests is important but making it memorable and unforgettable, is even more important. Consider your choice of entertainment as one of the most important elements of the day when it comes to planning your wedding reception. There are many types of entertainment that you can choose for a wedding. One that is often overlooked, is magic up close. However trends are changing and people are becoming more open to this kind of entertainment. Magic is a different wedding entertainment option available for you to take advantage of anytime, anywhere.

Here is an article written by Brian Role` when he first introduced the service in Malta still valid in today’s times:

In many countries, it is now popular to hire a magician to entertain guests during a wedding. A good magician offers a something unique, a personal experience through a well thought of magic performance. Hiring the right magician can make your event even more enjoyable and memorable for you and your guests. For weddings, Close Up Magic, is the a great option to entertain guests both at sit down receptions or stand up receptions.

Close Up Magic can have individuals or a small group of people witness the magic happen at a close proximity. This kind of magic can also happen in the guests’ hands, leaving an amazing personal experience. In the hands of a professional, the performance will leave a good impact on the guests. Knowing who, when and how to hire a magician for your special day does require a little planning. Essentially one must acquire the best option available basing their choice between budget and balance.

A few tips you may use.

A magician with a track record of professional performances, worldwide, ensures you are engaging a professional.

Do not be afraid to ask for references:

Do be sure that the magician can provide a true track list of professional performances on his website or by other means.

A wide choice of quality magic:

Some magicians may be very proficient at cards tricks and that is what they may only provide during their performances. But different people like different things and not everyone will be entertained by a card trick. They may prefer trick with other objects, such as coins, rings and other things much more.

The Most Important Factor Is Your Guests:

Find someone who is a current member of a reputable international magic association. The largest magician’s society, is the International Brotherhood of Magicians. However there are more prestigious societies that require more quality during their admission of membership, such as the Magic Circle. Auditioning is set before a panel of highly qualified magicians who admit the candidate exclusively on the abilities and standard of the magician. This assures you that the magician is of standard and of good ethical conduct. Base your choice on credibility and quality, not on quantity. Remember this is one of the most important life events in your life.

The two most popular forms of wedding magic are: stand up or strolling close up magic and table magic. There are other options that may be suitable for the event and the magician may offer you these as a choice. It is normal for the magician to provide something special exclusively for the Wedding Couple or top table

I will now break down the two styles of magic I mention above for you to understand. During stand up receptions, the magician strolls and mingles with guests. The magician will use a style that is interactive for a small group of people while capturing their attention throughout. Whereas for a sit down lunch or dinner, the magician entertains the guests at their table. The performance may be a short mini show with a series of magic effects to make the experience personal to the whole table.

Magic During Photoshoots At Weddings

In other instances, the magician may also provide magic during photo shoots. Those awaiting their turn to have a photo taken with the newly weds can enjoy some amazing entertainment during that grey time.

The presence of a magician can turn those dull moments into moments of excitement, amazement and entertaining fun. A great wedding magician will make it memorable for them.

The Adequate Durations Of Engagement

It is normal to book a magician for around two hours to cover around 100 people sitting or around 200 standing. However there are times where the magician may have to remain longer or shorter periods to ensure the best service for the clients.

In some cases, magicians can be hired to entertain the children present for the wedding.  It is normal for guests to share their memories and experience of your wedding day with others for years to come. Do make it memorable for them!

The above article by Brian Role` was written and published in 2007 on Brian’s dedicated wedding magic website:   www.WeddingMagician.info

Brian Role’ and Lola Palmer are now in full swing with their show at the Chamber Of Mysteries www.chamberofmysteries.com . The weekly show gets many visits from tourists in Malta but is also becoming popular with locals alike.

On the 11th and 12th of May, Brian will be giving special performances in aid of the Malta Community Chest Fund. MCCF are organising a national event ‘Mela Darba Fil-Kastell”  under the distinguished patronage of H.E. The President of Malta Dr. George Abela. This event will be specifically an event for families and children.

Set to take place at the Verdala Palace in Buskett,  th2 event will comprise 2 fun filled days out. Parents, care givers and their children, are in for an amazing experience. There will be something fun and unique for everyone.

Make sure to check our facebook page – ‘Mela Darba… Fil-Kastell’ to keep up-to-date with the latest info!

Shows in Hotels for locals and tourists in Malta

Brian and Lola will be performing their show in DB The Seabank Hotel in Mellieha and the DB San Antonio Hotel in Qawra during the coming summer months. Their full scale stage show includes various illusions and stage magic with participation of the audience through the show. If you want to see one the best hotel magic shows on the island then make sure to go to these hotels and watch Brian and Lola. 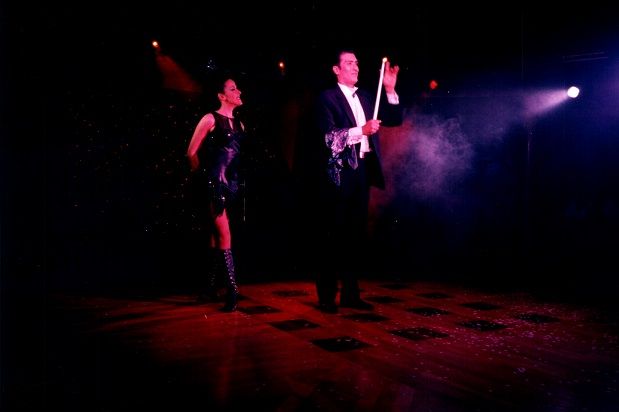 Brian Role’ will be talking to Debbie Jones on ‘Cruising With The Stars’ a programme appearing on international television.

Following a number of regular engagements on various cruise ships, international magician and illusionist Brian Role`, will be taking an interview by Debbie Jones in Liverpool. The interview is to be shown live during a popular travel programme, ‘Cruising with the Stars’ on Sky TV.

During the previous series, Debbie Jones has interviewed more than 300 stars including singers, comedians and other top professional artists. These all have one thing in common. They all regularly perform on cruise ships and Brian is joining them to share his experiences performing magic on ships. program.

The hour long program includes exclusive features and clips from various performances of Brian and his partner Lola performing on ships. There are also clips of them performing in places in Malta. On top of that, Brian will be performing magic with Debbie in the studio as well. This is the first time that Brian will be appearing on this program that airs on international television.

There will be various mentions of Malta during the program in order to promote the island with international viewers.

You can visit the Cruise and Holiday website here: Holidayandcruisechannel.co.uk

Update: You can watch the feature here

It is also suitable for restaurants and other situations where the magician can mingle with the guests. Not only does it provide your guests with great entertainment and fun, but it is a great conversation starter. The micro illusions provide a great talking point to keep the atmosphere buzzing.

Brian Rolé is the best person to contact if you are seeking a true professional to entertain your guests through magic. His mind baffling mentalism acts and amazing close up magic guarantee an entertaining performance by one of Malta’s best entertainers. His experience ranges from performing in 5 star hotels, cruise ships, bars and restaurants in Malta and across the world. He provides most of his close up magic performances for corporate and wedding events, doing so since 1995. Brian can mingle with the guests, moving from group to group and performing among them. If the event is a sit down event, like a lunch or dinner, then he moves for table to table. Whatever the situation Brian will entertain the guests with his skillful sleight of hand micro illusions in a fascinating manner. This usually leaves everyone wondering, “How did he do that?”

Brian has years of experience in this field. He is the first magician in Malta to appear on television performing close up magic in the streets. He travels worldwide to perform this type of magic on cruise ships, in venues or for private events and trade shows. With his close up magic he is capable of creating ad-hoc displays to attract, excite and amaze crowds to stands at trade show with his close up magic. Through his magic he can start up conversations among groups of people at weddings. Brian is a great source of entertainment during those grey moments at dinner and party events where a spark of magic can illuminate the event.

Because close up magic involves audience participation, Brian knows that anything can (and will happen). However, it is this raw excitement that makes this magic so popular.

Participants gain a sense of being part of the magic, and as they watch the illusion unfold before their eyes. They come away with stories that ensure they never forget the experience. Even better, the thrill of the audience is often contagious as they share their experience with others. A guarantee that the event is a memorable one for all the right reasons.

Close Up Magic On The Street aka Street Magic

Street Magic is a form of close up magic that can be taken down to the street. This makes it deal for walk around performances and pop up performances. It is also a great way to attract people and get them closer making it easier to share a message. This is why this sort of engagement is a great way to promote a new product or to attract people to a stand. Watch the following clip of Brian performing some street magic in the streets of Valletta for a TV program.

You can reach Brian through the Contact Us page and ask for more information about his close up magic. He will be happy to work with you and offer the best advice and suggestions so your events becomes one of a kind.  His many years of experience as an international close up magician and illusionist, ensures you peace of mind. He can help you create the perfect entertaining atmosphere at your event.

We know that you will be over the moon at just how enthralling your guests’ experience will be. But of course, that is the true power of magic.